We're now heading into summer (or winter for those readers residing in the southern hemisphere) as signalled by it not raining for more than five minutes here in the UK, so it seems like a good enough excuse for an update on things. It'll be a short post, covering Frozen Skies and some personal stuff that still effect things. 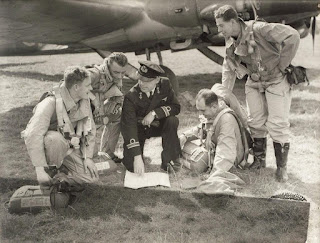 One of the big changes with Frozen Skies is that I've managed to enlist some outside help, mainly to provide an extra set of eyes and opinions to counteract how much of Frozen Skies has been developed in relative isolation. For me this is great as I finally get some sort after feedback prior to going to print, thus hopefully leading to a much improved product when that happens. Obviously, that's a boon for everyone concerned.

Another change is the inclusion of some alternative rules for air combat, which are just that; an alternative. The hex grid based more tactical rules are being kept, though GMs and their players are gaining more options to use. Whilst not being a be all and end all, it is hoped that this will provide greater choice for people wanting to play Frozen Skies.

Gonna try and get the revised SWADE update document, 'Frozen Skies Black Ice', done by the end of the month so that people can see the actual changes and thus provide feedback on them. As for the final product, I still can provide no ETA on that.

A potential boon/spanner in the works (depending on POV) that I've mentioned previously is that I'm currently in the process of joining the Royal Air Force. Needless to say, joining the British military can be and is a drawn-out process with the various steps being spread out over a period of a few months. As you can imagine, a global pandemic has slowed things down as well.

I'm currently at the Medical stage, though I did my actual medical back in April I failed on eyesight and need to re-do this section after acquiring a pair of glasses. Once this is done I have one more stage to get through, the Pre-Joining Fitness Test, before I finally receive a start date for recruit training. Presently I'm waiting on the medical to be re-booked, frustrating as the delay is it does mean more time to work on fitness and I'm currently estimating that it will be October time when I go off to recruit training.

As I said previously, hope to have something more substantial out for the SWADE version of Frozen Skies by the time that happens.