Almost a year ago I posted about a creature called a Cloudhaunt, recently looked over it again decided some changes are warranted. Some of its special abilities have been changed and I've changed its description since I wasn't happy with what I had. Hopefully it means a much better creature for games of Frozen Skies.

Still going with the idea that Cloudhaunts are typically found in packs and attack aircraft en mass, latching onto said aircraft and proceeding to rip it apart. Another tactic that they employ is lurk inside clouds, thus justifying their name, and then ambush unsuspecting aircraft.

Talked a fair bit about Skyships, but haven't really said much beyond how they work. Thus far I've posted about the Bayleaf freighter and the B-class frigate, this week I'll be posting another Skyship in the form of the Regal-class light cruiser (which has been mentioned previously).

The Regal-class was commissioned roughly halfway through the Great Darmonican War, designed as the Commonwealth's answer to enemy commerce raiders and incorporating technological advances made earlier in the conflict. One of the features the class was notable for was the use of oil-fired engines rather than coal-fired ones, making them one of the first Commonwealth Skyships to do so. The lead ship of the class, CAS Regal, was the first to begin construction but suffered damage during an enemy raid that delayed her launching and allowed her sister ship CAS Viceroy to be launched first.

For much of their wartime career, the Regal-class Skyships were employed on extended patrols over the waters of the Commonwealth's Home Isles. Though they were also used as convoy escorts and occasionally raids on enemy targets, CAS Sovereign was lost in a raid upon a Sodkan Lift Gas refinery. Probably the most noteworthy action of the Regal-class was the Second Battle of Lindun when the Skyships Archduke, Marquis, Regal, Regent, Viceroy and Viscount directly engaged enemy bomber streams by firing flak from their main guns.

Post-War they have continued their patrol duties, this time against sky pirates who lack the means to take on a Skyship.

Following stats based upon Weird Wars.

Work progresses on Frozen Skies and the various sections get completed in turn. Some are virtually complete save for editing and proofreading, others require a little bit of work to bring them up to scratch. The gear & goods segment falls in the latter section and is our topic for this week. 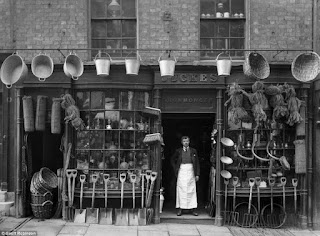 The main currency in Frozen Skies is the Commonwealth Pound (ease the pound symbol '£' will be used), at present the currency looks like what is listed below;

Basically works out as a penny being £0.01 and a Crown being £10, the rest should be easy enough to figure out. Its likely this may get revised, probably with the coinage above a Pound being retcon to being paper money.

Got a little bit of work to do regarding prices for various items, part of this has involved researching 1930s exchange rates. Ended up coming up with the following exchange rates for people wishing to convert Savage Worlds or even Deadlands Noir dollars to Frozen Skies pounds.

Currently I stated starting funds to be £250, though this may end up being changed to better reflect prices. Regardless heres updated list of goods with actual prices, though these may get revised.

Posted by Stephen 'Stormwell' Hughes at 12:16 No comments:

Some time ago I mentioned there was an off-shoot of the Genchi called the Skykin, who still still feel the lure of the skies as felt by their Windryder cousins. This week we'll take a closer look at them, see how they live and how they would interact with player characters. In addition, there are one or two suggestions for playing a Skykin character.

As stated previously the Skykin are an off-shoot of the Genchi, though there are very few if any differences between them. Skykin share the same physical appearance as their Genchi brethren (and Windryder cousins), though the Skykin are probably the most overt about it. They retain the kindred traditions as well, though thats where most similarities end. The Skykin have developed into a nomadic culture that roams through the skies on airships, typically an aerial convoy of Skykin airships carries an entire kindred.

Regarded as the gypsies of the skies, the Skykin are forever moving and never staying in one place for any length of time. It is know that they get by either through bartering or plying their skills as stunt flyers, though some say that there is a marked increase in petty theft when Skykin are in town. Some Skykin have been known to get work as pilots, a surprising number have even joined the military to fly but admittedly only on short short enlistments. Though a handful of Skykin aces are know to have existed during the Great Darmonican War, however these flyers are usually part of a specially raised Skykin unit. Skykin flyers more commonly fly with independent outfits, some have been known to fly with air pirates.

Player characters are most likely to encounter Skykin in the form of one of their air convoys, typically a handful of zeppelin style airships protected by a motley collection of ramshackle fighters. Skykin aren't exactly in the best state of repair, some employ sail power or are towed by other airships when their engines finally give out. Alot of Skykin airships have been modified in some way with no uniform pattern, leading them to be referred to as 'junkers'. The Skykin do occasionally carry passengers, though it has to be worth their while. Skykin will never go out of their way to attack somebody, they prefer to flee than fight and so are unlikely to engage in combat with player characters. That said they still defend their homes if attacked, though a lone Skykin may be encountered with a group of air pirates.

Mechanics wise Skykin are the same as their Genchi brethren, save they take a d6 in Pilot rather than Repair. They share the Genchi and Windryder mistrust of others, plus they also mistrust authority but as said above some have joined the military.
Posted by Stephen 'Stormwell' Hughes at 12:49 No comments:

First post in March and little bit of a short one.

Really a quick look at how things are shaping up regarding Frozen Skies and plans, such as conventions, for the rest of this year. In addition I'll be doing a follow-on to last week's post in relation to feedback received. 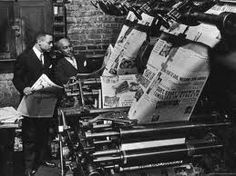 Estimate the writing is about 90% done, mainly involves finishing off some sections as well as some spit and polish. Give people the mostly complete bits to look at and have received a generally positive response as well as some excellent feedback. A HUGE thank you to all those who offered their services in this regard.

Got a couple of pieces of artwork currently in progress, once they're done it'll be a case of seeing whether they're enough. Having the Skyship picture redone as I'm not entirely happy with how the previous one turned out. Also I need to see about getting a map done to go in the final book.

Thus far this year only the UK Games Expo in Birmingham (UK) has been booked, though looking at doing NORCON in Norwich (UK) again. When I last went to UKGE in 2015 I ran a Frozen Skies game, though haven't made up my mind whether I wish to run anything this year. But I am hoping to have the book ready in time.

Had some great suggestions on improving some of the Edges and Hindrances that I post last week, the updated ones can be found below.

One way or another, either by not completing jobs or simply selling off the cargo, you've earnt yourself a poor reputation as being unreliable. When making a Charisma based roll you get a -2 penalty, as Major this increases to a -4 penalty. In addition you get no upfront payment as a Minor Hindrance and 25% less reward money as a Major.

Cannot be taken with Good Reputation.

Requirements: Seasoned
The opposite of Bad Reputation, you've got a rep for being reliable and honest when it comes to getting jobs done. You gain a +2 bonus when doing a Charisma based roll. In addition you get 25% extra reward money.

Cannot be taken with Bad Reputation.

Requirements: Veteran, Good Reputation
As above but with a +4 bonus and 25% extra on the upfront payment for a job.
Posted by Stephen 'Stormwell' Hughes at 15:31 No comments: