State of the Press September 2015

Been a while since I've done one of these.

Not scheduled to attend any further events this year, aside from maybe some Frozen Skies one shots for playtesting (keep an eye on the Facebook page for details).

Next is going to be....interesting.

The girlfriend and I are expecting our first child in February, which is understandably going to have an impact on things. After some discussion we decided that, mainly, due to logistics we won't be attending UK Games Expo next year unless anyone has any bright ideas. Its a bit disappointing since its our biggest event.

We WILL be attending Diceni in Norwich and ExiliCon which is slightly further afield in Cambridge, both are one day events which we know don't present any problems with logistics.

There are also a couple of other events we're looking at, but its dependant on various different factors.

Slowly getting some funds sorted and got the artwork for Frozen Skies rolling again, though more on that in a moment.

Been looking again at Crowdfunding and the various different options on offer, increasingly I've been drawn to Patreon. Its Crowdfunding that works a little like a subscription service, you pledge however much you normally would like Kickstarter and this is effectively a subscription fee that gets paid on a regular basis. I'm looking at doing this for the blog posts and have a choice of whether its paid per post or per month, though I'm leaning towards it being a monthly payment. Ultimately any earnings from this will be put towards Frozen Skies.

People's thoughts and comments will be most welcomed on this.

So heres a WIP snapshot of the latest piece, a Windryder and their Dragonhawk mount. 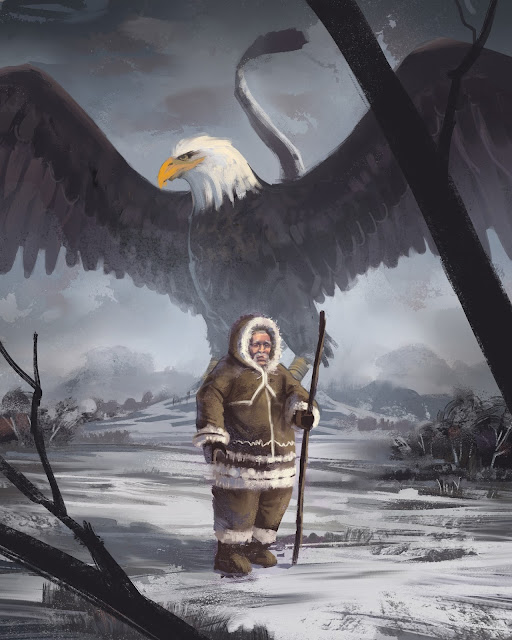 Posted by Stephen 'Stormwell' Hughes at 12:29