Another month and another update.

Short version is that things are progressing well, least with regards to Frozen Skies. Also wished to discuss the rest of the events that Utherwald will be attending this year and some events that I'd like to attend next year. Finally theres some other stuff thats being considered and a treat in the form of artwork.

It is looking increasingly likely that Frozen Skies will get a proper release this year.

However it'll be a case of "done when its done" as I'm not willing to commit to a release date just yet as there is still plenty of work to be done. When the book is close to being finalized then I'll be able to give a release date, until then stay tuned.

I can say that to begin with it'll be PDF through RPGNow/DriveThruRPG, then Print-On-Demand through those same sites and then other avenues of distribution.

Diceni is done and dusted, made some decent sales and spoke to a guy who'd kickstarted his campaign with my Firewater & Ice adventure. Other events planned are NOR-CON and Exilion, both taking place in October and in Norwich and Cambridge respectively.

These later events I'm hoping to have Frozen Skies in book form, but we'll have to see. Going forward I'm hoping to try and get a bit more involved in the event rather than just man a trade stall all day, granted I've sort of already started doing this by running a Frozen Skies game at last year's UK Games Expo. Nothing other than trading is planned for NOR-CON, though I am kicking about ideas for doing a talk/Q&A session based on Frozen Skies and/or Utherwald Press which I'll need to discuss with the event organisers.

I'd like to go back to UK Games Expo next year since I had to give it a miss this year because of my first child being born., maybe run a few games but again we'll have to see. Other events I'm looking at include Dragondaze in Cardiff and Conpulsion in Edinburgh, plus possibly a US based convention ideally one with a strong Savage Worlds presence.

With the possibility of Frozen Skies being done this year I've started looking into Savage Worlds podcasts with the idea of being a guest on one or more of them. Mainly to promote and spread the word about Frozen Skies. Over the next few weeks I'll be approaching some of 'em and see if we can work something out, though being on British Summer Time might make things interesting.

Oh, and artwork as promised... 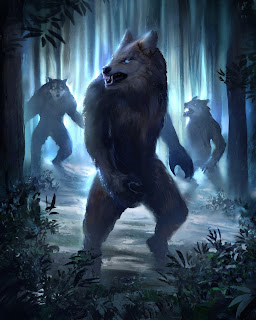 Posted by Stephen 'Stormwell' Hughes at 20:36