Mentioned that I'm hoping to release Frozen Skies soon-ish, especially since the writing and layout work is pretty much done. No word on an actual release date as of yet, mainly because I don't want to commit to something unless I'm pretty certain that it'll be met. However, I do have bit of a surprise announcement to make.... 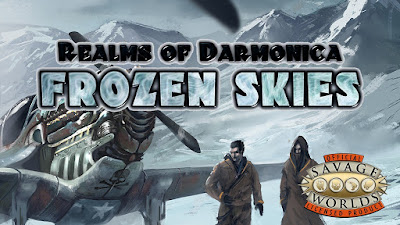 Yep, you read that right.

There'll be a Kickstarter for Frozen Skies starting in late October (date to be confirmed) and run by Applied Vectors. The main objective is to help pay for more artwork and cover some of the final costs to get Frozen Skies released. The stretch goals (if it gets that far) will cover the Skies of Crimson supplement for Frozen Skies that'll focus on the sky pirates of the setting and introduce new content.

Will probably post a preview link and confirm launch date when the campaign is close to being ready.

Until then, heres a preview of Frozen Skies' layout work. 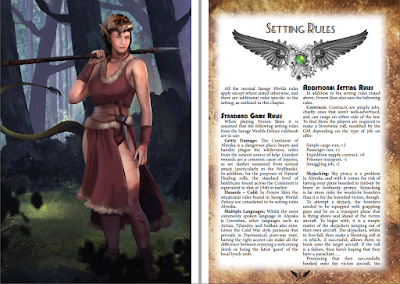 Posted by Stephen 'Stormwell' Hughes at 10:00