A few things to cover this week including change of schedule, Kickstarter news and a new Facebook group for Frozen Skies. In addition some details about a Frozen Skies campaign that I should be running soon as well as a few one shots. 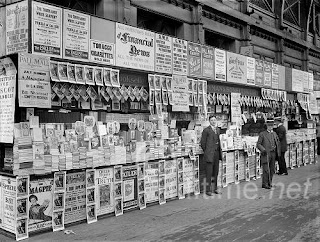 Regular readers may notice a big change in that this blog post has gone up a couple of days early. This is due to a change in my personal schedule (such as going back to college part-time) as well as other factors, hopefully it'll work really well.

We've got our launch date for the Kickstarter; Monday 2nd October 2017

Still some work left to do but hoping to put up a preview link soon, mainly to get some feedback and make improvements if needed before it goes live. So please, feel free to share far and wide.

Aside from a few edits and some more artwork (hopefully funded through the Kickstarter) Frozen Skies is virtually done, how soon it comes out depends on factors presently out of my hands. If the Kickstarter is successful and we get a quick turnaround on the extra artwork it is possible that it'll be out before the end of the year, or at least early next year. If the Kickstarter doesn't go well then obviously it'll either be quite some time before I can self-fund anything more, other option is release Frozen Skies in an artwork-lite form and maybe gave crowdfunding another shot later on.

Thats pretty much where Frozen Skies is setting right now.

We now have a dedicated group for Frozen Skies over on Facebook, it'll run concurrent with the existing Utherwald Press page but only feature Frozen Skies related blog posts. Check it out *HERE*

Hoping to be starting a Frozen Skies campaign soon, likely to post some details about it next week. In addition I'm also hoping to run a few one shots for Frozen Skies, just waiting to hear back whether I'll actually get to do this. Least with the campaign you can expect write-ups of each session, this will probably be every other week since my group meets once a fortnight. But as I said, details will probably be posted next week.

Posted by Stephen 'Stormwell' Hughes at 10:00