Frozen Skies Session 7: This Is Fine

Last time we joined the crew of the airship Waylander, two of their fellows had ended up in a police cell as the law tried to get the entire crew booked for smuggling. Though the law would be frustrated in its efforts, it does have other tricks up its sleeves. One of the detained crew members has to face a court martial, the other had urgent summons from home to face an equally dreadful matter. 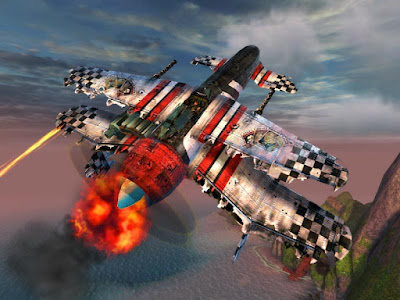 The Not So Long Arm Of The Law

Previously the crew attempted a smuggling run, though a chance encounter with a wrecked cargo ship gave them a bit of legality by amending the ship's cargo manifest. When they arrived to find the police waiting for them, they were able to claim that their cargo had been salvage. The only thing that the police were able to pin onto the crew that was one of them, the medic, was an army deserter. The newest arrival, the mad scientist Reginald Spitsworth, also got locked up as the police doubted that he was the son of a noble...which he also kicked up quite a fuss about.

Reginald was duly released, though the medic Herbert was held until a military provost arrived to escort him to a court-martial at Calharrow. The crew were also asked by the police to pick up a prisoner, a downed sky pirate, from Prospector's Reach and transport him to Gravenburgh. Both Herbert and Reginald got a chewing out by Tag, plus it was agreed to do the prisoner transport job and then take Herbert to his court-martial.

They flew out to pick up the prisoner without any encounters enroute, once in Prospector's Reach they rolled Vigor due to the cold and Sebastian burned through his bennies to avoid getting a level of Fatigue. Likewise, picking up the prisoner went without a hitch...though the characters were perhaps getting a little paranoid at this point with how well things had gone.

Deciding to drop the prisoner off in Gravenburgh first, they flew south-east from Prospector's Reach rather than risk getting too close to Broken Spires. Things were going smoothly until a Spades face card was drawn, signifying enemies. Sure enough five aircraft, one 'Hornet' light fighter and four 'Kestral' medium fighters, launched an attack out of the clouds. Two of the Kestrals took on the crew's Blackforge Marauder, though only one of the enemy aircraft managed to do damage and admittedly that was three wounds in a single pass. The Hornet and other two Kestrals went after the crew's Banshee plane, but between them only managed a couple of wounds (the character had the adventure card that negated damage).

The Marauder limped back to the airship, whilst the Banshee plane took on the sky pirates. The Banshee's Siren was put to great effect, I ruled that making the enemy pilot Shaken granted a +2 bonus to Shooting rolls against them. My notoriously bad dice rolling kicked in and the sky pirates only managed to succeed in damaging the controls of the Banshee plane so that it couldn't turn right. The turrets on the Waylander proved their worth, helping to shoot down the enemies. Only two of the enemies managed to bail out, the rest ended up in a twisted metal coffin. Sebastian, in one of the turrets, took out the last sky pirate by doing an impressive 54 damage.

A high Piloting skill coupled with an agile aircraft (ie bonus to Handling), in the case of the Hornet with Evasion 8, didn't prove to be an issue. It was basically like a high Parry, though maneuvers and tricks can help counter this. I seem to be getting a better handle on range modifiers, it required the use of maneuvers by both sides to negate the penalties for shooting. All-in-all, very happy with how air combat is working out.

This week's post is shorter than I'd like, unfortunately I've struggle to get this written due to various factors but I hope I got the key points covered.
Posted by Stephen 'Stormwell' Hughes at 06:30