The Airman's Gazetteer: Back of Beyond

Now that the 'core' nations of Darmonica have been covered we come to the last entry in the Airman's Gazetteer series; The more distant but relatively unknown reaches of Darmonica.

The major powers of Darmonica are aware that distant lands lie well beyond their borders, though the details are sketchy at best. Some lands have been discovered and explored a little, others are only known thanks to travelers from foreign parts. There is also the prospect of remnant enclaves of Ancient Terrans waiting to be found. 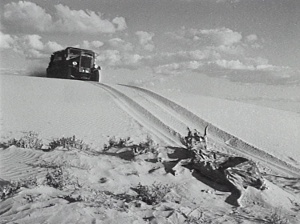 The Back of Beyond

As already mentioned, there is the vast wasteland known as the Southern Wastes that forms the southern border of the Sultanate of Taramate. It is an inhospitable land, where few dare tread, and widely believed to contain numerous Ancient Terran ruins. It is not known how far these wastes reach, but its suspected to be many thousands of miles. The Darmonican powers did establish a number of naval waystations along the coast, though most of these were either destroyed or abandoned during the Great Darmonican War. These waystations remain, but none of the Darmonican powers have expressed any desire to reclaim them. Presently only the Commonwealth is best suited to re-explore the coastline by mounting an expedition from its colony of Orduesh.

To the south of Alyeska lies another continent that is currently known as Colonialis, another vast land that hasn't been fully explored. Most of its coastline has been mapped thanks to various efforts made by the Darmonican powers. The interior has seen few attempts at exploration, early expeditions were hampered by inland cliffs and the inhospitable terrain. The settlements that do exist are located along the coast, but attempts have been made to push further inland after aircraft came available. The interior of Colonialis is dominated by vast deserts and deep jungles inhabited by savage and outlandish creatures. After early disasters, the interior settlements have been established on top of peaks and plateaus. These settlements have been nicknamed 'aerie towns' and being located above the ground has proven to be the best defence against the creatures that inhabit Colonialis.

Finally there is the lands that lie to the east of the vaulting mountain range called Serlov's Bulwark. Not much is known about these lands, save for the few strangers that have come from the eastern lands. Surviving historical records of the former Holy Sodkan Empire report clashes with invaders that forced their way across the Bulwark, though they were beaten back before they made it too far into Sodkan lands. Between the prisoners captured from these incursions and the previously mentioned strangers it is known that a vast kingdom lies beyond the mountains, but these eastern folk have refused to reveal more than that. Without a proper name, many in the Darmonican nations have dubbed this unknown kingdom the 'Forbidden Empire'.

Each year many from the east brave Serlov's Bulwark and settle in the 'western lands', though after the rise of the Iron Collective many of these strangers now take a more southerly route to reach the Union of Sodkan Republics. They've spread out across the various nations of Darmonica, though the great majority of them reside in Sodkan lands. It is believed that Madame Orla's mother was "of the east".
Posted by Stephen 'Stormwell' Hughes at 16:48