Continuing on from the last session, our intrepid band of layabouts find themselves lurching from one spot of trouble to another. Along the way they make contact with Alyeska's criminal underworld, get blacklisted from drinking establishments, add a town to their 'never visit again' list and end up in the sky pirate haven of Broken Spires.

Oh, and a possible date with the law in the immediate future. 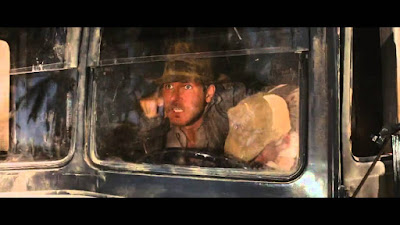 Tag and Alex went and tracked down Ardan Gowan in order to speak to him about selling the weapons they'd salvaged from the sky pirate planes. Ardan offered to pay half-price for the guns, round 75 sovereigns, but needed a day to get the money together. Tag and Alex agreed to meet up with Ardan the following evening at Ardan's warehouse. Ardan also mentioned if they wanted some extra work, strictly off the books, then he might have something for them. They also spoke to Hardwick about getting an extra crewman for the Waylander, Hardwick managed to rustle up a guy called Mick who would act as a gunner on the airship.

The following day the crew stayed at Bowerstead, Tag spent the time up-armouring the Waylander to add a little extra protection. Evening time rolled around and Tag got the rest of the crew to drag the weapons to Ardan's warehouse where the exchange went without a hitch. About the job offer Ardan had, he said seek him out in a couple of days. Tag then went to one of the saloons in Bowerstead and hired himself five extra hands and equipped them with rifles and ammo, effectively starting his own merc company.

Back To The Bluffs

Another night was spent in Bowerstead before the crew headed back out to Taran's Bluffs, though Tag brought them to the site of the third crashed plane. Though somebody had gotten there before them; the pilot had been buried, anything of value removed and the wreck put to the torch. Tag just shrugged his shoulders and got back in the airship to continue their journey, though they ended up being forced to detour due to a storm/blizzard (Random Encounter). At the Bluffs they checked in with Mosley, who stated that the Windryders had become wary since the machine gun the crew left had been setup. But they still haven't been able to resume operations and so Mosley would be happy if things got resolved as quickly as possible.

The characters asked about the men who came through the camp just before the attacks sorted, they received description of the men and their plane. It was concluded that the men were probably poachers who'd stolen some dragonhawk eggs, thus angering the Windryders. The characters also learn that some of the workers overheard the men talking about going to the town of Aran Crag to the west. After detailing a couple of their hired guns to stay at Taran's Bluffs, the crew set off once more into the wild blue yonder.

Heading west they came across a merchant airship with a fighter escort (Random Encounter again), who exchanged greetings and news. A while later, the salt mining town of Aran Crag came into sight. Leaving Mick and the other three hired guns on the Waylander, the rest of the crew split up to see what information they could find in town about the poachers.

George visited various stores in the town to see what he could find out about dragonhawk eggs. He managed to learn how big they usually are and that 'rich toffs' generally paid alot of money for them. None of the shopkeepers knew whether there were anyone in town with that sort of money, but the only guy came close was a director of the mining company who lived in town in his mansion.

Herbert and Sebastian visited the least rough looking bar they could find. Herbert has the Big Mouth hindrance and soon as they had walked in, Herbert called out "Hi, we're looking for poachers! Is there any poachers here? Does anyone know of any poachers?"

Then the scraping of a heavy wooden chair as it gets pushed back and the bar's doorman got to his feet before stomping his way over to the new arrivals. He made it clear in no uncertain terms that Herbert and Sebastian ought to leave. Sebastian did so, dragging Herbert alone with him.

Tag and Alex had better luck at the airfield where, through a generous donation to the widows and orphans fund, they discovered that the poachers did stopover in the town to refuel their aircraft. However, the poachers filed a questionable flightplan but one of the airfield guys did get a glimpse at the plane's cargo and confirmed that it was wooden crates and nets. Heading back to the airship to wait for the others, Tag and Alex spotted a guy hanging around and spoke to him. The guy identified himself as a trader of a sorts called Harold and suggested that they needed to speak to certain members of the crew about keeping their mouths shut. Another sizeable donation to the widows and orphans later, they had learnt where the poachers were most likely heading and took Harold up on is offer of a 'small errand'.

Words were had when the rest of the crew arrived back at the airship and together they set off to a nearby small town to do Harold's errand.

Harold's errand involved meeting a guy in a nearby town and picking up some goods that Harold wanted, basically ran the 'Things Never Go Smooth' adventure from the Frozen Skies book. Rolled on both tables so that there were complications both with the guy the characters had to meet and with the goods they were to collect.They rocked up at the town, went into the sole saloon and asked about the guy they had to meet.

They got told he was dead.

He'd been filled with lead a couple of days previously after he got caught cheating at a game of cards, though he owned a small warehouse. With no better option, the crew went and checked out the warehouse but found it locked. Alex had a go at a bit of Lockpicking and the roll he got meant he literally just had to turn the handle. Inside they found some crates, George found one containing what looked like a highly advance but ancient looking technological device (Ancient Terran Artefact). Alex meanwhile rummaged through the officer, looking for shipping records and also emptied the safe whilst he was at it. Sebastian kept watch outside and saw a group of men emerge from the saloon and heading in the direction of the warehouse.

Realizing that they were now on the clock, Tag ordered everyone to check the crates and load anything of value on a motor-truck. Of particular interest was a bunch of rifles, couple of SMGs and a 9mm pistol. Being the only one with the Driving skill (even then a d4), George jumped in the driver's seat and attempted to smash his way through the doors. Two bennies later he managed to avoid absolutely failing and put his foot down, by this time the group of men were right outside the doors as the truck came smashing through them. One managed to jump out of the way, but the others weren't so lucky as the truck drove over the top of them. The survivor ended up being shot by Sebastion (potentially resulting in a very interesting conversation with the law at a later date).

They loaded the crates onto the airship in double-quick time and hurried back to Aran Crag. They handed the artefact over to Harold, who gave them their money back and some advice on getting to Broken Spires. Before leaving, they made another donation to the widows and orphans fund and all records of their visit to Aran Crag mysteriously vanished....

The route to Broken Spires is long and difficult, involving flying through mist shrounded twisting canyons. Tag rolled three Piloting rolls, though had to spend a benny on the third one to avoid a mishap. Their first glimpse of Broken Spires was described as a town that would give health and safety a heart attack.

On approach to the town, they spied numerous airships that belong to various different sky pirate gangs. They also spotted a skyship which, unsurprisingly, Tag wanted to avoid angering the owners of. After finding some place to dock their airship, they were greeted by a clerk. Tag gave a false name, a small donation and the clerk responded. "Welcome to Broken Spires Mr Smith."

This time they decided to stick together, mainly so that they could ensure that Herbert kept his mouth shut. It was decided to head into one of the better looking taverns they could find, hopefully to reduce their chances of getting into trouble. Inside where a couple of sky pirate gangs; one all-female and the other looking like viking pilots with a white wolf's head logo on their jackets. Tag quickly directed them to the bar, ordered drinks for the crew and spoke to the bartender. The bartender confirmed that there was a gang of poachers in town and they were led by a guy called Travis Perkins.

With the information they needed, Tag directed the crew to leave the tavern. However, Alex had already asked the bartender to take a round of drinks over to the viking pilots and say that the drinks were from the all-female sky pirates. Fearing a bar brawl, Tag got the crew outside where they waited to see what would unfold. The viking pilots let out a cheer at unexpected free drinks, couple of them think to try their luck and wonder over to the all-female sky pirates. Female sky pirates object to the unwanted attention and introduced their feet to somewhere personal before leaving, the rest of the viking pilots started howling with laughter.

Outside, Tag nods at the female sky pirates and their leader returns the nod before her gang walked off down the street. We then finished things there with the characters preparing to visit the poacher's compound.

Think I'm starting to get a feel for what the group is going to do, though they now have a few options to explore.

The incident with the motor truck could cause them trouble later on, but I understand that the characters will be taking steps towards 'damage control' (ie, they're planning on repainting the airship). Herbert's Big Mouth is probably going to get them in trouble again and again, especially if they have a run-in with the law.

Tag starting his own merc army is something that I am going to need to deal with at some point, though the characters' actions so far have given me a couple of ideas there.

Going forwards, airships are probably going to have two different Toughness stats for the gasbag and control cabin/gondola respectively (like in the Pulp Gear Toolkit). Hopefully we'll get some more aerial combat soon, so it'll be interesting to see how that works with the rules ideas I've had.
Posted by Stephen 'Stormwell' Hughes at 06:30