Organising a Play-By-Post game of Frozen Skies has prompted thought over how to handle aerial combat in this medium. Theatre of the mind's eye I feel wouldn't work as well as I feel things would get too confusing with positioning. So some sort of map seems the best option, but again that has it limitations. Fortunately I think I found a decent compromise for what I'm looking for. 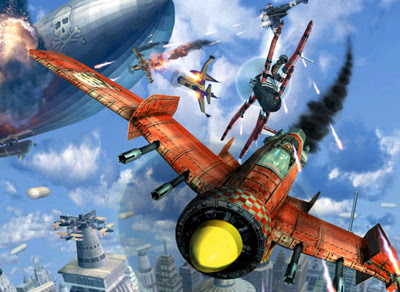 The Aerial HEXfight rules for Frozen Skies uses a hex grid for movement and combat. 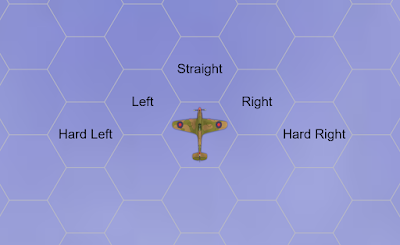 As mentioned above, divide ranges by 50 in order to get the number of Hexes. Normal combat rules of Ranges, RoF, Unstable Platform still apply as does the Evasion stat for aircraft from Frozen Skies.

However, aircraft can only make attacks along a straight row of Hexes like below with Fixed weapons. 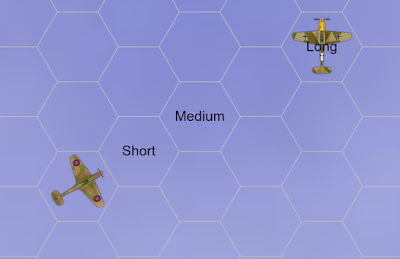 Weapons with Arcs of fire, such as turrets, have a field of fire extending out from the aircraft.

Manoeuvrers from Frozen Skies can work for the Aerial HEXfight rules, though some require some changes. 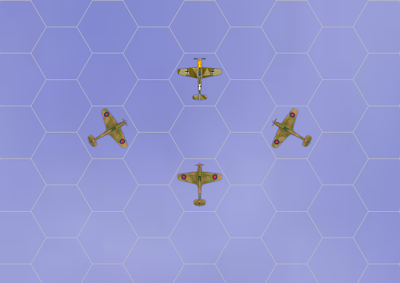 Shake a Tail: Opposed Piloting roll, if successful the pilot attempting to shake a tail can make a Hard Left or Hard Right manoeuvrer. A raise means the pilot can reverse positions and tail the other aircraft.
Posted by Stephen 'Stormwell' Hughes at 06:00