The Gwentshire Chronicles: The Rolfe Sisters

Back after spending a week in the West Riding of Yorkshire, more accurately in Brontë Country. There was certainly plenty to see and do in the area, also plenty of inspiration for various settings that I am working on. In particular the Brontë Sisters provide a source of inspiration for the Gwentshire Chronicles, namely in the form of the Rolfe Sisters. 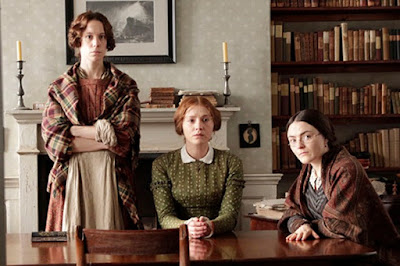 The Three Sisters of Lombe


The Rolfe Sisters were a trio of female writers and siblings who resided in the Weston Hills near the village of Lombe during the early 1800s; Enda, Gwen and Rowan. The sisters have very few books written between them and all three died before they reached their 30th birthday. Dark rumours abound that the sisters discovered that things didn't lie well in Gwentshire and wrote their books to try to warn others, ultimately doing so ended up dooming them.

It is believed that the sisters developed a keen interest in the Weston Hills from a young age, spending many hours exploring every nook and cranny of the limestone hills. However, it isn't known precisely when they first stumbled upon the secret truth of the nature of Gwentshire especially as they didn't start writing until their late teens. The girls were fortunate in that their father, Bayden Rolfe, was the local village vicar and could afford to have the girls educated.

Again, it is uncertain when the girls agreed to write a novel but a local printers was contracted to print a very limited run of five books in 1842. Further small print runs were ordered over the next few years for a few more books, the last seeing the light of day in 1849. A mere two weeks after the last book was printed the youngest of the sisters, Gwen, was found dead aged 26. Six months later the oldest, Enda at 29, was also found dead. The last of the sisters, Rowan, was last reported heading into the Weston Hills some time later where she vanished without a trace.

After the loss of the sisters, their books also disappeared with the odd rare copy surfacing every so often only to be brought by a mysterious stranger for a staggering amount of money. Curiously, a previously unknown book titled the Rolfe Memoirs appeared in 1949, its handwritten pages confirmed to match the handwritings of each of the sisters. Bizarrely, the Rolfe Memoirs have a publishing date of 1859 but no record was ever found concerning this. Before anyone could get to the bottom of the mystery, the book vanished despite being in the secure archives of the Gwentshire County Museum.

Never achieving fame or wide-spread acknowledgement, the Rolfe Sisters passed into relative obscurity with their books becoming sought after prizes in certain, select circles. Today the only reminder of the girls existence in Gwentshire is the Rofle Waterfall, a tributary of the River Gwent, some miles south-west of Lombe.


For a game set during during the 1830s/40s period, the sisters could directly feature either as the sources of information or possible adventures. A -4 Common Knowledge is needed to find out about the sisters, after that Persuasion is need to determine how forthcoming they are about information.

The Rolfe books themselves require a -4 Research roll to use, each success and raise grants a +1 bonus to Occult rolls to a maximum of +4. Of course the book themselves can be the focal point of an adventure.
Posted by Stephen 'Stormwell' Hughes at 07:21