Frozen Skies: Mariners of the Air

Aaand we're back to Frozen Skies.

This is an idea that I've been considering for some time, mainly as an alternative way to managing NPC crewmen in the Frozen Skies campaign that I ran but struggle to come up with something at the time. Currently preparing to run a game in a different setting and system, one that involves spaceships and a degree of crew management. This other game prompted a train of thought and I've think I've come up with something that'll work for Frozen Skies. 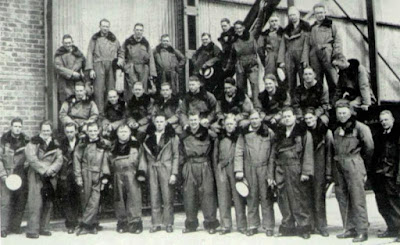 Mariners of the Air


This is intended to be an optional set of rules that builds upon the Wealth Rules in SWADE, targetted at hose who like a little bit of bookkeeping and wish to have airships with sizeable crews. These rules come in two parts; Wealth Pool and Crew.

Crew is, unsurprisingly, the crew of the airship. They start with a collective trait die of d6 for the relevant trait rolls they may be required to make (Shooting, Piloting, Repair, etc). This trait die (or Crew Rating) can be increased one step by reducing the die of the Wealth Pool by one, like downgrading the Crew Rating can increase the Wealth Pool as a lesser crew cost less in wages. The lowest Crew Rating will impose a -1 penalty on the Upkeep roll that will build up over successive months to a maximum of -4 if the Crew Rating stays at this level, representing the increased upkeep costs with a poorly trained crew.

Incompetent - d4 - Upkeep rolls incur a -1 penalty that increased by -1 per month (to a max of -4) that the crew remains at this rating.