I've mentioned a few times already, part of the process of updating Frozen Skies to SWADE is making some revisions to the setting's lore. I've already revisited the Commonwealth with the intention of giving it a more Irish/Celtic flair, including having a national police force called the Garda. This week sees some changes to Alyeska, chiefly renaming the Royal Alyeskan Air Police to the Gardaí Aeir Alyeska. 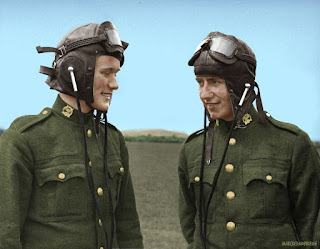 Guardians of the Air


Compared to the Garda in the Commonwealth's Home Isles, the Air Guard of Alyeska is very much a colonial force. The Air Guard has more of a military feel, its officers being routinely armed in addition to being able to pilot an aircraft. Air Guard officers are expected to fly a wide range of aircraft, from scout aircraft to patrol remote areas to fully fledge fighter squadrons to help defend larger settlements.

The Air Guard divides Alyeska into Regions for command purposes, each Region roughly matching an geographical region. Regions are typically under the charge of Assistant Commissioners.

Typically each Detachments contains only one Garda station. A different number of Gardaí are based at each station depending on its importance. Most of these stations employ the basic rank of Garda, the smallest station consisting of only three men.