State of the Press October 2020

Tis been a while since I've posted an update on what's happening with Utherwald Press, especially with the year that 2020 has turned out to be. There is some Frozen Skies news that goes hand-in-hand with some personal, behind the scenes development that'll be of interest to folk. 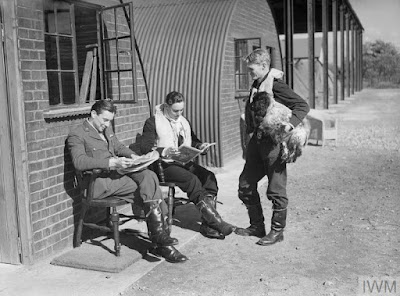 The Year That Was

So this year has been dominated by Covid-19, something that looks set to affect our lives going forwards. Here in the UK we endured a national lockdown for close to five months and may soon face a second lockdown as we head into winter. For me, I still had work to go to as my main job was considered an essential service and only in the past few days has my second job started back up (busy busy man).

So how has it effected Utherwald?

Covid has effected things in a couple of ways. First, work has been suspended for the time being on my Keep The Home Fires Burning setting as it's set during the height of the Spanish Flu it seemed to be in bad taste to post about it given the current global situation. It is a setting that I'd like to resume work on, though perhaps down the line a fair bit.

The second effect has been conventions being cancelled, meaning less chances to promote Frozen Skies and make some sales. Online sales via DriveThruRPG have been ticking over, though Utherwald is really more of a hobby compared to my main employment. Ironically, no conventions has meant no real expenses.

In short, I've managed to get by comfortably.

But I'm still trapped in the same problem of lacking the funds to get Frozen Skies updated and released for SWADE, so work has been plodding along with regards to Frozen Skies. With things still being uncertain, I'm not sure how viable crowdfunding is right now.

Covid has put the spanner in some personal plans, meaning some things for me are currently on hold. Partially because of this I am currently working on trying to join the real life RAF, something that will mean Utherwald being put on the backburner for a bit but at the same time I'll be in a better position when I come back to it.

Course this will probably mean 2022 before Frozen Skies gets properly released under SWADE, though least hopefully I'll be able to cover the cost of getting it done.

I'm mulling the idea of perhaps releasing a draft version of the SWADE Frozen Skies, it'll give something for people to work with and hopefully get some feedback before finalising the end product. We'll have to see how that works out.