January 2021: Through The Looking Glass

Hopefully bit of an interesting read to start off 2021, namely some alternative takes on the setting of Frozen Skies. Some of these stem from ideas I've had over the years as I developed the setting, others were suggestions offered by folk who had come up with their own interpretations. All of these are pretty fair game for folk to use for their own version of Frozen Skies, though if there is overwhelming interest in a particular one I may see about developing it further. 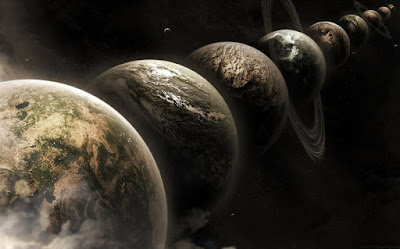 Islands In The Smog

One of the very very early ideas (pre-2010) I had for what eventually ended up becoming Frozen Skies was floating islands in a void similar to Outland in World of Warcraft but alot more Steampunk in nature. Sundered Skies for Savage Worlds covers this niche pretty well, as does the Warbirds RPG, so it's gonna be tricky to be original here.

That said, if I was to do a version of Frozen Skies based on this concept it would be to have the world slowly drowning in a toxic smog. The survivors would be forced to build new settlements on the tops of mountains to try and stay above the smog, making air travel necessary as the sole means of getting about. Could work as an alternative history version where the Blast created the smog which has been getting larger ever since.

This stems from another early idea, probably right back when I first started designing my own RPG setting. It was basically this horde-like army called the Kurg that was overrunning large parts of the world, proving to be difficult to stop. I had envisioned the Kurg being from a militant society, possibly their own empire, that was set on world conquest. Ultimately this idea got shelved as the setting underwent various revisions until what became Darmonica finally emerged.

If I did the Kurg today in Frozen Skies I'd probably have them be an subterranean species (think something like the Locust Horde in Gears of War) who have captured parts of the surface world, again requiring a dependence on air travel for the surface dwellers. The focus would probably be more combatting the Kurg, attempting to re-claim the surface and perhaps even striking back against their subterranean lairs.

Then again I have teased another power in Darmonica residing in what is considered to be 'uncharted lands', could be the Kurg....

This is something that I've had folk suggest, either as how they've run their own games or comments on how 'real' I've made the world. Basic idea is an alternative version of North America, granted Alyeska is the old Russian name for Alaska so there is some merit. Could do this as either Alaska merging with Canada rather than joining the US or North America being under British control similar to Harry Turtledove's The Two Georges novel.

Real question would be what changed from our own world and timeline?

Downside would be alot of elements I've included in Frozen Skies wouldn't work and I feel this idea would be more restrictive creativity wise as it simply wouldn't be a blank canvas. Whilst alternative history is interesting, I feel there's only so much room you've got to work with.

Well, thats the different ideas I had. Let me know what you think.