There are times when the inspiration particle strikes and hit upon an idea whether something would work in a RPG project of mine, be it Frozen Skies or something else. In this instance it's a couple of things from Deadlands Lost Colony that I'd like to adapt for Frozen Skies. Whether I'll be able to include them in Frozen Skies remains to be seen, though I'll go over what they are regardless. 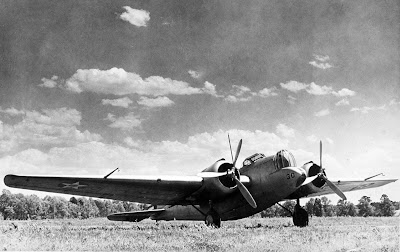 One of the things that I wish to do with the SWADE update for Frozen Skies is to reinforce the frontier feeling of the setting, part of which I feel can be addressed by adjusting prices of various pieces of gear. Revamping the currency and prices is on my list of changes to make, if anything to make it easier to adapt from other SW settings.

Something Lost Colony does is have gear rated for availability ranging from Common through to Very Rare. A Networking roll is used to find a particular item, this roll is modified by the item's availability and the modifier of the population size in a particular area. This means a Common item would be easy to find in one of the big and well-trafficked settlements, whilst a Very Rare item would be extremely difficult to track down in a remote mining camp.

In Frozen Skies this would mean stuff like bolt-actions would tend to be rated as Common, whilst stuff like machine guns, etc would be edging more towards Rare territory. Would be interesting to see how this works in practice, though I'll see about releasing a stand-alone document with the availability added in for various items for folk to try out.

Frozen Skies' own Adventure Generator as it stands is something I'm not happy with, it certainly feels like it could do with a major overhaul. The one in Lost Colony would probably be what I'd go with, looking like it's more simpler to use and more efficient with how it generates an adventure.

You have three categories; Objective, Obstacle and Complication. You draw an Action Card for each one, the card's value determines the result whilst the suit could how the characters are drawn in or influence behind the Obstacle. Certainly heck of alot less in the way of tables and rolls than what currently exists for Frozen Skies.

Objective: Ace of Diamonds - The characters find themselves in the middle of a battle whilst trying to make some money to keep their craft going and food on the table.

Obstacle: Seven of Hearts - The characters are competing against a rival group as a disease, or other health-related issue, come into play.

Complication: Six of Diamonds - Only non-lethal means are allowed either due to weapon laws or some hazard, though if the characters are willing to part with some hard-earned cash they may be able to resolve their troubles.

That certainly took alot less effort to do, the only real hard work is to string this into an adventure that works. Taking the above example this could be the characters running into a rival group in a bar where weapons aren't allowed and a brawl breaking out. Where's the bar? Perhaps in some mining settlement that the characters were delivering the medicine to, the brawl could've been started by a sick miner wanting to skip the queue or accidentally provoked somebody. Needing to replace some broken down parts, the crew had to take the job despite the outbreak but some of the payment could be loss being given as a bribe to appease the local authorities in the brawl's aftermath.

A few ideas, some of which could be expanded upon to round out the adventure even more. Certainly thinking this could be the way to go, though question remains whether I'll be able to adapt this for Frozen Skies.

What do you guys think?