Recently Utherwald Press reached over a 100 likes on Facebook.

To celebrate this achievement I offered to either an adventure, location, item or NPC based upon a one or two word prompt. I was expecting some interesting responses and I wasn't disappointed, though they were surprising all the same. So... 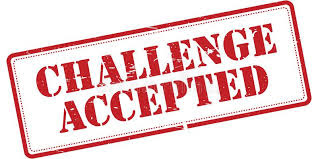 An interesting one, though not all that surprising given who posted it (you know who you are!).

Spacecraft automatically means we're looking at the SciFi Companion for this one. Decided to build it like a normal spaceship to begin with, though picking stuff that would make sense. Then to better reflect its organic nature, added in some special rules.

This was the other response, a particularly curious one. I have to admit that this one cause a bit of head scratching until I hit upon the idea of a religious order devoted to the safe transportation of goods.

The Conveyors of the Way, or simply the Conveyors, is an organisation that traces its origins back to the wars that once ravaged the lands that now form the Artian Confederation. The many wars waged between Tyland and the Holy Sodkan Empire saw trade disrupted within the Artian states and many towns and villages left upon the brink of starvation. Many concerned church leaders branded together and got tact approval from the commanders of the warring armies to run convoys through to the affected villages, though it still left the problem of bandits and highwaymen. A call went out to the faithful who processed skill at arms and they were taken on as effectively caravan guards, though they proved themselves more than capable fending off ruffians and seeing that the convoys got through.

The Conveyors have evolved a bit since then, attracting former soldiers and specializing in safeguarding certain goods. Though whilst there are certain factions they won't work and certain goods that they won't escort, the Conveyors do only ask for a modest fee. Once they've been charged with escorting a cargo, a Conveyor will guard it with religious devotion until it reaches its destination. There have been many stories of Conveyors giving their very lives to ensure the safety of the cargo that they were charged with protecting.