After a break off over a month, the crew of the airship Waylander are back flying the Frozen Skies!

For one reason or another, the entire group hasn't been able to get together over the past month. One session got cancelled and the following ended up being a Savage 40K one-shot, but the whole crew is back in Alyeska. The group seemed to be happy getting back into the swing of things, though one of the players has ended up changing characters (more on that in a bit). This week, though slow to begin with, was a fun session. 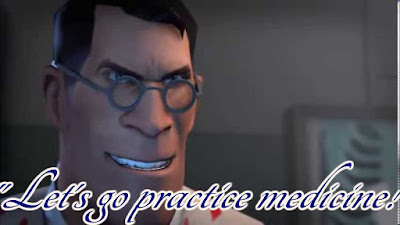 After a quick recap, we picked up from where we left off with the crew still in the pirate haven of Broken Spires. Upon receiving the 'Love Interest' Adventure Card, Tag's player immediately plays it and asks that its the leader of the Banshees; Captain Natasha 'Tash' Rogan.

Cue another meeting with the female sky pirate, who states that she looks forwards to working with Tag in the future. Tash also gives the crew one of her planes, which gets put to good use later on. Whilst this meeting (and the logistics of putting the new plane on the airship) takes place, George heads into town followed by Alex. Before the game George's player had expressed that they wished to change characters, so George was effectively leaving the crew. Alex decided to follow, then waited until George entered a dark alley and straight up murdered him before looting his corpse.

Upon returning to the airship, Alex told Tag that he'd found George dead in an alley. Despite Tag's suspicions, Alex managed to bluff it that he had nothing to do with George's untimely demise. With a new plane, but a crewmember down, the crew of the Waylander departed Broken Spires and Tag managed to pilot them through the maze of twisting canyons without mishap.

Following their departure from Broken Spires, the crew picked a spot in the wilderness to put down for the night. Whether from brain damage or to help with the pain of his injuries, Herbert got hold of some liquor and ended up getting blind stinking drunk. Both Alex and Tag were still injured from the gunfight with the poachers, Tag in particular wasn't very happy as he was the worst injured. But Herbert's state of intoxication wouldn't be known until the airship came under attack by Cloudhaunts.

With their respective characters out of action, Herbert's and George's players took over some of the Extras that made up the rest of the airship's crew and manned the two planes. George's player used the siren of the Banshee's plane to keep the Cloudhaunts Shaken whilst Herbert's player used his plane's propeller to deal with a few of the critters after they'd attached themselves to the Waylander's gasbag. Sebastian and Alex manned the two top turrets, whilst the rest of the Extras manned the 50-cal MGs that Tag had fitted. Tag used the airship's klaxon to scare the Cloudhaunts off of the airship, making them easy prey for the two planes.

The critters managed to grapple onto the Banshee plane and did enough damage to inflict a wound on the aircraft, though they failed to do the same to the Blackforge Marauder flown by Herbert's player. The creatures only managed to cling onto the Banshee plane for a single before they got thrown off, some of them got shot and killed by the Marauder, the remainder were finished off by Alex in the airship's turret.

With the threat dealt with, Tag went and sought out Herbert for an awesome bit of role-play; Herbert got chewed out by Tag for being drunk as Herbert was the crew's only medic and some of the crew were wounded. Herbert then got confined to his quarters with a load of coffee to sober up, Tag then went to his own cabin to rest. Some time later Herbert went to the airship's infirmary, then attempted to use the Scavenger Edge to find a bottle of alcohol. I ruled that he would only find it if a roll of six came up on a d6...which it did.

Herbert also had the Big Mouth Hindrance, so we went with him shouting out "Yes! Booze!" and alerted the rest of the crew. Alex, by this point, had sneaked up behind Herbert and knocked him out for six hours before having the medic dragged back to his cabin. Tag was furious when he found out and went to have words with the medic, threatened to kick him out of the crew but still gave the doctor one final chance in another bit of brilliant role-playing.

An Egg In Hand

The crew returned to Taran's Bluffs and informed the camp foreman Mosley that they were only able to recover three of the Dragonhawk eggs (truthfully it was four...). Mosley admitted that he didn't see how many the poachers had stolen, but was hopeful that the eggs would help make the Windryders cease their attacks on the camp. The eggs were loaded onto some trucks, the crew invited along, and the convoy traveled a handful of miles into the surrounding forest.

The convoy came to a halt when a group of figures were spotted in the trees, though Tag got a high enough Notice roll to spot a pair of Dragonhawks. Mosley had all the engines killed and instructed everyone to keep their hands where they could be seen. A female Windryder stepped forward (Tag's player wished he'd kept the Love Interest card) and introduced herself as Narine before asking why they were there.

Tag said about the eggs and the canvas cover pulled off each one, causing some excited chatter amongst the Windryders. Narine ordered a couple of her people to go check the eggs, once satisfied she thanked the crew. She also offered them payment in the forming of tipping them off about the location of a crashed plane, though she called it a "metal bird with broken wings".

After handing back to the airship, the crew set off once more towards Bowerstead Post but flew over the location Narine had told them about. Again it was Tag who got the best Notice roll and spotted a big, four-engine aircraft under the trees. They set down their airship and went over to the crashed aircraft, finding it to be a military transport plane that seemed to have been there for quite some time. Inside the wreck they found crates filled with Ancient Terran devices, which they were in the process of loading onto the Waylander when we had to end the game due to time.

As I said earlier, it seemed to be a good game and fun was had by all.

Alex's actions could potentially cause the crew issues when they return to Broken Spires, but thats in the future. George's player was OK with what happened to George as he was going to be bringing a new character in. There is still the consequences of the group's earlier actions which will come into play very soon, but I'm kinda going with the idea of the players rope to hang themselves with when it comes to their character's actions.

On the subject of consequences, as I understand it the crew will be selling the location of the glimmer rock cave they came across to a mining company. This is good as it'll set up some plot for later on in the campaign, plus other stuff is starting to fit into place.

Going forwards, I'd like to start incorporating some of the ideas and advice from the Up to Four Players guys. I like their take on the Chase rules for Savage Worlds and theres a couple of more general RP ideas that I like to try out.
Posted by Stephen 'Stormwell' Hughes at 06:30