The world of Darmonica boasts many different organisations, ranging from small outfits to transnational corporate entities. Each one has varying levels of influence and reach, all determining their impact upon the world. One organisation that has made a name for itself (though some say infamously so) is the Shackleton Detective Agency. 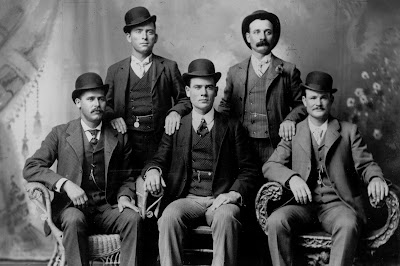 The Shackletons can trace their origins to over a century ago to the magistrate Archibald Shackleton, who chose to establish an official group of thief-takers to help combat the growing crime in the boroughs of the Commonwealth's capital of Lindun. Though within a handful of decades, Shackleton's force was made redundant by the establishment of a more formal police force. Increasingly, the Shackletons had been hired by business concerns and industrialists to help improve their corporate security. Over time the Shackletons grew ever more involved with strikebreaking, first by providing guards for factories to protect them from strikers and then acting as strike-breakers themselves.

It was in the years just before the Great Darmonican War that the Shackletons acquired their infamous reputation, an incident that many have since dubbed the 'Battle of Blackgreave'. Against the backdrop of a widespread coal miner's strike, a number of picket line had been established by the strikers. One of these picket lines was at the Blackgreave Coking Works, which turned coal into coke for the steel industry. The strikers had strengthened their picket at Blackgreave in order to halt coal supplies to the coking works to create a major disruption for the Commonwealth's industries. Having already earned a reputation as strikebreakers, the Shackletons were called in to ensure that coal supplies got through to the plant. The resulting clash saw many of the strikers dead or wounded, though officials ensured that any outcry against the Shackletons was hushed up but they had become to be seen as a tool of the industrialists.

Aside from their strikebreaking efforts, the Shackletons still retain their original role as private detectives...though admittedly for wealthy clients. They also work as bounty hunters, though again only for wealthy clients and only in certain situations. Typically the 'bounty' that the Shackleton normally handle are warrants applied by wealthy patrons against persons who have 'wronged' them in some fashion. Since the warrant is issued by a magistrate there has to be reasonable grounds for approval, a measure designed to limit the warrants being abused. It does give the Shackletons the powers of peace officers in that they can technically arrest their target, though the warrant has to be presented to local police forces and the arrest declared once it has been made. Despite efforts to limit the practice, the upper class of society does tend to use the warrants to ensure that opponents turn up for duels arranged to settle disputes.

It is suggested that the Shackletons have d8 in skills such as Intimidation, Notice, Shooting and any other skill that is felt to be suitable.
Posted by Stephen 'Stormwell' Hughes at 06:00