By now most folk should be aware that part of my efforts to get Frozen Skies updated to SWADE is going through and revisiting some of the lore of the world. This has included tightening things up a little or completely overhauling and revising others. This week is the turn of the Tyland Free State. 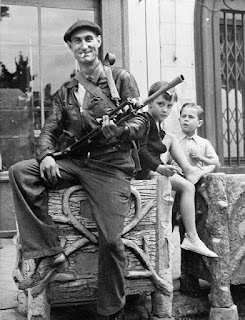 For Freedom And Past Glories!


On the whole, I'm pretty happy with Tyland's history and current situation. There is little I wish to change about a once proud nation that has fallen so low and suffers the humiliation of occupation by a foreign power. I'll delve deeper into Tylanish culture, though that is not the subject of this week's post.

There is a change that I do wish to make to the situation in Tyland, well technically two changes. The first of these is play up a civil war aspect with various factions vying for power with frequent skirmishes. The second change ties in alot with the first, make this civil war a proxy war between the Commonwealth and Artian Confederation as the two former wartime allies have different views concerning the future of Tyland.

Both powers covertly support different functions, usually to undermine the other and also the Provisional Government. Those in authority consider a war between the two nations quite likely, so they seek to influence and dominate what is effectively a buffer state. There are strategic implications that are taken into consideration, especially as the Free State would give the Artians air bases much closer to the Commonwealth's Home Isles from which to launch raids.

So where does this leave Player Characters?

Well they could get directly involved in things as agents working for either the Artians, the Commonwealth, the Free State or one of the militant groups. Heck, they could form their own group and fight for whatever cause they want in what could be an interesting mix of war and politics. The more nefarious could simply partake in activities of questionable legality by smuggling in supplies or even trying to sell arms to one or more of the militants. They could also exploit the chaos for their own ends in other ways by looting banks and mansions.

Hopefully this will all make the Tyland Free State more interesting and provide some fodder for games.
Posted by Stephen 'Stormwell' Hughes at 06:00