We're over a quarter of the way into the year and its looking like Frozen Skies will soon be ready. Though still a bit quiet on the events front and other big announcements, but there is a little bit of news there. Plus there is other Frozen Skies related news that may be of interest to folk. 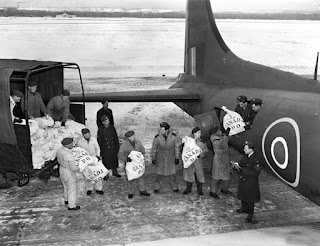 Some of the backer rewards in the Kickstarter was some extra content in the book; had a couple of people in particular choose the "Create Your Own..." pledges. We've had to chase these people, but we've have now received responses from them and working to inter-corporate their rewards into the book.

Don't like to commit to any firm dates as of yet, though hopefully by mid-May we should be in a position to start fulfilling Kickstarter rewards. It just depends on how quick the artist is and how long file approval takes via DriveThruRPG. As ever, we'll try to keep you guys posted.

Not much to say, going to be another year light on events and staying close to home.

At this year's Diceni in Norwich on Sunday 6th May, print copies of the Frozen Skies Setting Primer can be found on the stand belonging to Trinkety. Utherwald wasn't able to get a place this year, but I know the lass behind Trinkety and she'd offered to stock the Setting Primers.

An event that I'm hoping will have an Utherwald Press presence this year is another local show; NOR-CON on the last weekend of September.

Quite some time back I mentioned about the possibility of running a Frozen Skies campaign.

Seems that will finally be happening in over a week's time, though tad earlier than I had initially planned. General gist of the campaign is that the characters are part of a crew of freelancers working for a logging company, this will give them a springboard to start from and allow them to decide that they want to do. Though I do intend for them to get caught up in....stuff.

Since the players are liable to see this post, I can't give out much more in the way of details. Though I'll try to post fortnightly updates on the campaign.
Posted by Stephen 'Stormwell' Hughes at 14:46