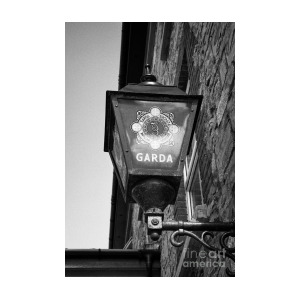 Keepers of the King’s Peace

The Commonwealth Garda has its origins as the Righ Garda, effectively the King’s Guards. To begin with the Garda were little more than bodyguards, though successive monarchs gradually expanded the role and duties of the Garda to help spread the monarch’s influence over what would become the Commonwealth. Charged with upholding the King’s Peace, the Garda was given much wider jurisdiction than the various town and city watches in addition to being ranked above them.

As power shifted from the monarch to the Commonwealth’s parliament, the role and responsibilities of the Garda were formalized. Over time the system of town watches proved to be inadequate and they ended up be gradually absorbed by the Garda until it became the Commonwealth’s main law enforcement agency.

Today the Garda provides day-to-day local policing within the Home Isles, though it does have jurisdiction in other territories despite their own local police forces. The main public image of the Garda is of uniformed officers patrolling the streets or, less commonly, in patrol cars. On the whole the Garda is a largely unarmed force, certain units within the Garda do routinely carry firearms but generally the Garda likes to escalate things to the military in instances involving firearms.

The Garda has plain-clothes detectives organized into either the Detective Branch or Special Branch. The former deals with investigation and detective work concerning fighting crime. Special Branch, on the other hand, tends to focus its efforts on counter-intelligence and cases that effect the national interest and security. Unlike the Commonwealth’s intelligence services, Special Branch has the power to arrest spies and is frequently called upon to do so.

Though air security is generally in the hands of the Royal Aero-Fleet, the Garda does maintain its own Air Wing to combat aerial crime within the Home Isles. Blimps of the Garda Air Wing are a common sight over the towns and cities of the Home Isles, though the Air Wing also has a squadron or two of light fighters on its books stationed in the capital of Lindun. Air Wing officers are also placed on passenger airships as effectively sky marshals, particularly if there is an important passenger or valuable cargo onboard.

The other way to include the Garda is to run a Garda base campaign with the characters being members of either the Detective Branch, Special Branch or the Air Wing. There is a degree of overlap in the work done by these departments, so it is possible for the characters to work alongside colleagues from other departments or form part of a multi-department team.
Posted by Stephen 'Stormwell' Hughes at 06:00