What started as a background detail for a character morphed into a plotline that ended up driving a campaign forward. This week, as part of a series of posts related to my now finished campaign, will focus on the Spitsworth family. Included will be a brief description of its members, plus some extra details that’ll flesh out the family even more. 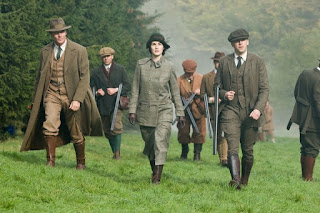 Reginald – Status: Alive but dirt poor
As one of the player characters, this Weird Scientist was the first member of the family that was encountered in the campaign. Already something of a black sheep, Reginald’s night in a police cell after kicking off against some police officers was the final straw and he ended up being disowned by the family. In order to regain access to his family’s fortune he had to work his way into his family’s good graces once more.

I thought that, with his supposed character’s interest in Ancient tech, that Reginald would seek out and discover a previously unknown Ancient artefact which would make him famous and rich again. Certain I’d suggested it, but the Ancient tech avenue was barely touched. Instead, the crew went along with an elaborate kidnapping scheme that ended explosively and Reginald no better off (though his family was also a might bit poorer).

Reginald was also the source of conflict within the crew and tended to make more enemies than he did friends.

Patriarch of the family, Lord Charleston is also a member of the Commonwealth’s parliament (Assembly Delegate being the proper title), government official and a high ranking member of the Skywrights Guild. The crew met his Lordship after Reginald was recalled home following his stint in a police cell (mentioned above), though he was more neutral to the rest of the crew and discussed with Tag the possibility of doing some work for his Lordship. Lord Charleston also suggested the thing about Ancient tech as a way of Reginald redeeming himself.

It was through Lord Charleston, admittedly his personal letters and files, that the learned of a Commonwealth plot to take out Broken Spires. Initially the crew favoured Broken Spires, so that was probably a factor in their later plans when they intended to kill him in connection with the kidnapping scheme. Ironically killing Lord Charleston would’ve had no effect on the attack on Broken Spires, though more on that in another post.

Lord Charleston was extremely rich, extremely paranoid and had a lot of friends in high places which allowed him to hire a company of mercs to defend his mansion. He also had the sense to be at a safehouse someplace else when the crew attacked. Right now he’s furious at the destruction of his mansion, the fact that the family’s bank accounts appear to have been raided and he’s lost both of his sons.

The crew met Elia, the youngest of the three Spitsworth siblings, round the same time as they met her father Lord Charleston. One of the crew got to intimidate know her, which led to trouble when the crew found out that she was engaged to be married. Though her fiancée died in a freak airship accident that involved no foul play what so ever…honest gov’nor!

She was also at a safehouse elsewhere when the Spitsworth family home got destroyed, though her immediate future will be very interesting.

The middle child of the Spitsworth siblings and was the most successful, being a manager at a major Skywright’s Guild shipyard in the northern industrial town of Tarcastle. He was kidnapped by the crew as part of their elaborate scheme and then interrogated, thus ended up giving away access to the family’s bank accounts. He was still onboard the Stormrider when it exploded.

He left behind a wife and three children.

Going forward I’m going to run with the idea of the Spitsworth family being a pretty important independent family, but it harbours ambitions of achieving full clan status. They’ve got some rebuilding to do, both physically and financially, before that goal can be realised. This could form the basis of a Home Isles based campaign where the clan base society of the Commonwealth can be delved into along with visits to other places such as the Tyland Free State and the Artian Confederation. Possibly one that I may run at some point in the future.
Posted by Stephen 'Stormwell' Hughes at 06:30