Currently working on getting Frozen Skies updated to SWADE, going through and changing rules where needed so that they're in-line with the newest edition of Savage Worlds. Though its got me thinking about the setting more, in particular its background and world history with the view of tightening it up and making things clearer. There are a few areas of the fluff that I'd like to improve and develop upon, make things more coherent in their details. The Commonwealth is something I wish to take another look at and incorporate some ideas and changes. 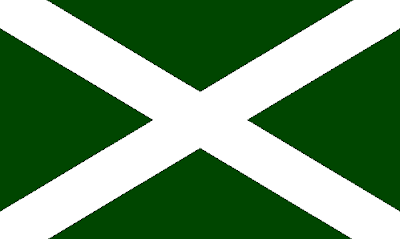 The Commonwealth: An Alternative Take

I've posted previously about the Commonwealth, mainly to get a few solid details down and set in stone as I developed the rest of the world beyond Alyeska. People have probably noticed a strong British feel for the Commonwealth, this is partially deliberate but something that I wish to tone down. As an alternative I wish to develop a general Celtic feel to the Commonwealth, an aspect of which already exists in the setting (the sky goddess Taran is a nod to Taranis).

How the Commonwealth is governed is going to remain largely unchanged; there is still a monarch and a parliament to rule over the country. The monarch may have different or alternative titles, perhaps one in 'English' (for the reader) and a title in the actual language of the the Commonwealth. The government will have a similar thing with its title, though its structure is likely to be a little bit different.

Though I am looking at including a new body between the monarch and the government called the Provost Council. The Council is a formal body of advisers to the monarch made up of his/her's representatives at the provincial and county levels, they are known as Lord Provosts and Provosts respectively. They are generally appointed by the monarch on the advise of the provincial governments. It basically functions like a privy council, though it does have the power to make decisions in the monarch's absence.

There is a sort of national law enforcement agency called the Garda (after the Irish Garda), though this functions along similar lines to the FBI or the Royal Canadian Mounted Police. The Garda would generally be tasked to deal with so-called 'high crimes' or cases that effect the national interests of the Commonwealth. There would be more traditional police forces at the provincial and city level, though considering calling these town and city watches.

Mulling the idea of making the Commonwealth a clan based society. The idea being is that each clan is made up of a core family after which the clan is named, plus a number of affiliated families who are linked to the core family but have different surnames. Additionally, each clan maintains its own militia forces mainly protect the clan's interests as well as to help defend the Commonwealth should the need arise.

To resolve internal disputes and help keep the clan's legal affairs in order, each clan will appoint an official known as a Justiciar. In addition to handling internal clan disputes, the Clan Justiciar also the official that deals with marriages, death certificates, etc. A Lord High Justiciar is appointed by the Crown and is charged with ensuring with keeping the peace between the various clans. Each also has a recognised speaker or representative called a Ravener, who acts in the Clan Chief's stead. The title is used to reflect the use of ravens as messenger birds and that the post holder acts as a messenger for the Clan.

Thats some ideas I have at the moment, though if they prove to be a big hit with people I'll see about developing them further.
Posted by Stephen 'Stormwell' Hughes at 05:00