Well, its been a while since an update was posted.

Now we've settled into a new year its probably an idea to make a post about whats planned for Utherwald in 2019. The big news is probably going to be Frozen Skies and SWADE related, but some other stuff will be covered. 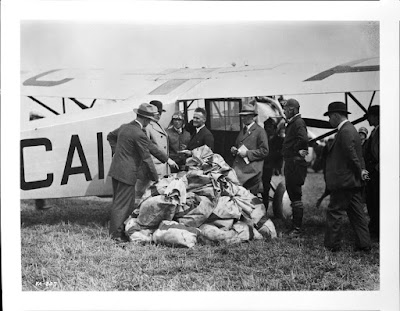 Its already been mentioned that Frozen Skies will be updated to the Adventure Edition of Savage Worlds.

Have been working on an update document, which covers the changes needed for Frozen Skies to conform with SWADE. The last real job left to do is update the Bestiary and NPCs found in the book as well as going over the air combat rules to see whether any improvements can be made.

A Jumpstart for SWADE is ready to go, just waiting for it to go out to the SWADE Kickstarter backers before it gets put on general release. It features some new content and an adventure that I hope captures the feel of Frozen Skies.

Then it'll be a case of updating the book and releasing a SWADE version, though the Savage Worlds Deluxe version will remain on sale. It is my intention to have separate listings for the different versions.

After all that, the next release planned for Frozen Skies is called Skies of Crimson. This book will focus on the sky pirates of the setting; showcasing a few gangs, feature a more detailed look at Broken Spires and more air combat related content.

Some of you may recall a series of posts about various Setting Ideas, basically ideas for settings other than Frozen Skies. The various ideas are as follows;

Forsaken Space - Scavenging for relics in the alien ruins of a dead galaxy.

Gwentshire Chronicles - Confronting the supernatural horrors of an English county throughout the ages.

It is hoped that each of these will see the light of day as Jumpstarts, then followed by full books for each setting.

Also looking to update a previously made fan adventure to SWADE and release it through the Savage Worlds Adventurer's Guild, stay tuned for further updates on this.

One of the other things I'm hoping to do this year is update the blog/site and reorganise stuff.
Posted by Stephen 'Stormwell' Hughes at 06:00